Networking has undergone radical changes in the past few years, and two startup launches this week show the revolution isn’t over yet.

The Solarin smartphone promises security, including on-device malware protection and optional encryption, for those who have everything else.

From the land of expensive wristwatches comes a very expensive smartphone. Sirin Labs, based in Schaffhausen, Switzerland, on Wednesday launched Solarin, a £9,500 ($13,700) Android phone that the company describes as “a military-grade super smart

Microsoft CEO Satya Nadella is focusing the company’s smartphone efforts where it can differentiate: in security, manageability and Continuum, which allows Windows 10 phones to be used as computers

An update released by Adobe for its Connect web conferencing software addresses over two dozen functionality bugs and one security flaw.

The vulnerability, tracked as CVE-2016-4118, affects Adobe Connect 9.5.2 and earlier for Windows. The flaw has a priority rating of 3 because Connect is a product that historically has not been targeted by malicious actors. The Wi-Fi Alliance recently announced a new IEEE specification, 802.11ah, developed explicitly for the Internet of Things (IoT). Dubbed HaLow (pronounced HAY-Low), it’s aimed at connecting everything in the IoT environment, from smart homes to smart cities to smart cars and any other device that can be connected to a Wi-Fi access point.

Starting on June 16, 2016, the old SSLv3 and RC4 security protocols will no longer be supported on Google’s SMTP servers and on Gmail’s web servers.

Given the insecure status of both SSLv3 and RC4, Google announced in September last year that it would kill both protocols in its products. On Monday, the company revealed that it is removing support for the two standards in Google SMTP servers and Gmail web servers in 30 days.

Defined in 1996, Secure Sockets Layer (SSL) 3.0 was deemed insecure in 2014, because of thePOODLE attack that affects all block ciphers in SSL. Given that the protocol is considered obsolete, the industry is transitioning to the more secure Transport Layer Security (TLS) protocol, currently at version 1.3, which is still a working draft. TLS, however, is also vulnerable to POODLE, researchers believe.

End times approach for El Capitan, which will be replaced this summer when Apple issues betas of the next version

Apple yesterday updated OS X El Capitan to version 10.11.5, patching nearly 70 vulnerabilities as it began to wind down changes prior to the next iteration launching later this year.

The app was designed to pinpoint potential security holes, but Apple claimed its information could be misleading.

A new iPhone diagnostic app has been given the cold shoulder by Apple.

Released little more than a week ago, an app dubbed System and Security Info aimed to deliver core details about your iPhone, including your CPU, memory and disk usage along with a list of all running processes. More critically, the app aimed to reveal if your device had been jailbroken, compromised in some way or possibly infected by malware. 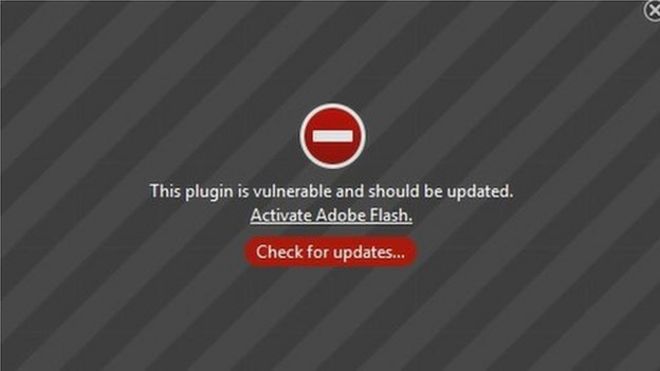 Google is planning to phase out full support for Adobe’s Flash software on its Chrome browser by the end of 2016.

The technology will only be enabled by default on 10 sites, including YouTube and Facebook. On all others, users will have to choose to activate it.

Navjot Virk made that point during the launch of the latest version of SharePoint, Microsoft’s 15-year-old content management and collaboration platform. More than 200,000 organizations use SharePoint, which today reaches more than 190 million users.